​In 1993 something called “The Internet” was a mystery to most people. At only 16 years old, Forde Alexander and his autistic, but genius friend, Adrian Montgomery, realized its potential and together, they wrote a revolutionary software program. With an investment and
brilliant advice from Carla Cecil Walters, they launched their company and sold their first software program for millions. When they turned 30, they were two of the richest men in the world.

Lennon Diamond Wellesley was born with psychopathic tendencies that even her billionaire father and the best doctors in the world couldn’t cure. She grew up arrogant, entitled, selfish and violent.

Now, although she is beautiful and very rich, it isn't enough...she wants more...she wants it all. Without a hint of remorse or empathy, she is willing to do anything, to anybody, including murder...to get what she wants.

Being one of the richest men on earth, autistic, sexually oppressed and easily influenced, becomes a dangerous and deadly combination when Adrian meets Lennon. Now Forde, Carla, Adrian and everyone else they love...are running for their lives.

THE SEQUEL TO SING ROSES FOR ME 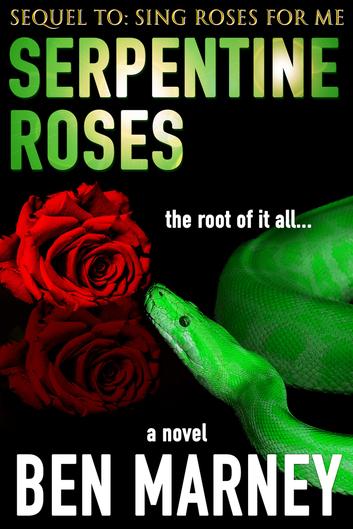