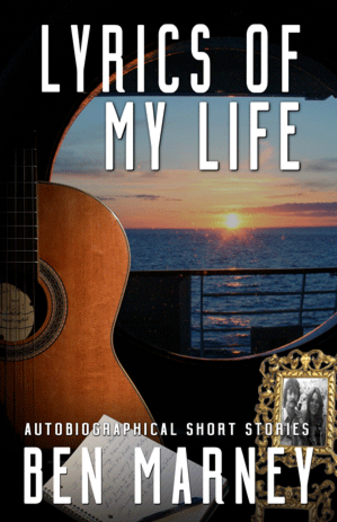 LYRICS OF MY LIFE

I am not a star, not a celebrity and certainly not famous. So why would I spend the uncountable, lonely hours it took to write this autobiography? Honestly, I did it for two reasons. Number one, because my friends who know me well, have been asking me to write it for years. Number two, because I must admit, my life has been an amazing and interesting journey, with so many ups and downs it sounds more like fiction than truth. In my 20's and 30's, with my beautiful wife Dana by my side, we performed in or traveled through all 50 of the United States. After that, we traveled and performed literally around the world...

We've walked the tiny winding streets of Zanzibar off the east coast of Africa; Jogged the snow packed streets of Juneau, Alaska: Ran through the back alleys of Hong Kong, China; And whisked through the crowded streets of Cochin, India in the back of a three-wheeled scooter taxi on the way to see a twenty-five hundred year old Buddhist temple.

We've ridden a train through the beautiful countryside of Sri Lanka and rode on the back of an elephant in Candidasa; Scuba dived an ancient sunken ship off the island of Bali; Bought hand painted silk art on the streets of Bombay, India and strolled along the breathtakingly beautiful beaches of the Seychelle Islands that some believe was the Garden Of Eden. We've stood in the center of Tiananmen Square and walked the ancient paths through the Forbidden City in Beijing, China. Also, we’ve traded tequila shots with Hank Williams Jr. in the back of his million-dollar tour bus, got a contact high in Willie’s, smoked cigars in Waylon's and actually lent my Cadillac for two days to Kenny Rogers. We have performed my original songs to crowds of hundreds, to crowds of thousands, and even over thirty thousand once, backed up by the Jackson Symphony Orchestra.

And most importantly, we are personal friends of Mickey Mouse.

Hopefully, we're not done yet…